How Much of a Difference Can Going Solar Make?

As most Southern California residents know, going solar can greatly decrease their home’s energy bills and reduce their personal carbon footprint. While this makes a noticeable difference on a small scale, solar energy also has a much larger global impact. Especially around Thanksgiving, isn’t it time you showed the planet just how grateful you are?

The influence of solar energy on an economical and environmental level should not be underestimated. So just how much of a difference can going solar make?

As a homeowner with a solar system, you reduce your personal reliance on the energy grid for power. However, apart from providing yourself and your home with independence, you are also contributing to changes on a broader scale. Since imported fossil fuels are used to generate a vast majority of the electricity in the United States, using solar energy decreases the country’s reliance on foreign nations as resource suppliers.

One second of sunlight contains enough energy to generate over 10,000 times the world’s combined energy requirement; while fossil fuels are a limited resource that is quickly diminishing. By using the power of the sun, you are contributing to freeing the world from a dependence on a non-renewable supply of coal and gas.

This year, solar installations in the United States can eliminate around 16.8 million metric tons of carbon dioxide. Using solar energy in the average household can offset the equivalent emissions of a car that drives 18,000 miles every year.

Using solar energy allows you to reduce your carbon footprint while preserving the environment and slowing climate change. Thanks to your commitment to solar energy, the world will be a cleaner, more healthy place for a longer amount of time. 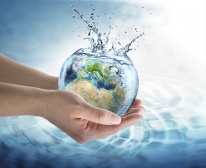 An often overlooked benefit of solar energy is its contribution to water preservation. While some water is used in the manufacturing of solar panels, using those solar panels to produce electricity doesn’t necessitate water.

Coal and natural gas power plants which generate electricity require huge amounts of water to assist in the cooling process. Not only does this consume a lot of water, but it also can pollute water sources. Producing solar power with your array doesn’t require water or contribute to pollution.


Make a Difference with SolReliable

A solar system will not only help you save on your home’s electricity bills, it will also help you make a difference in the world. Show your gratitude towards our planet and get ready to make an impact by going solar with SolReliable!

Make a difference by going solar with SolReliable! Contact us or call (818) 446-9700 for more information about installing a solar system for your home.